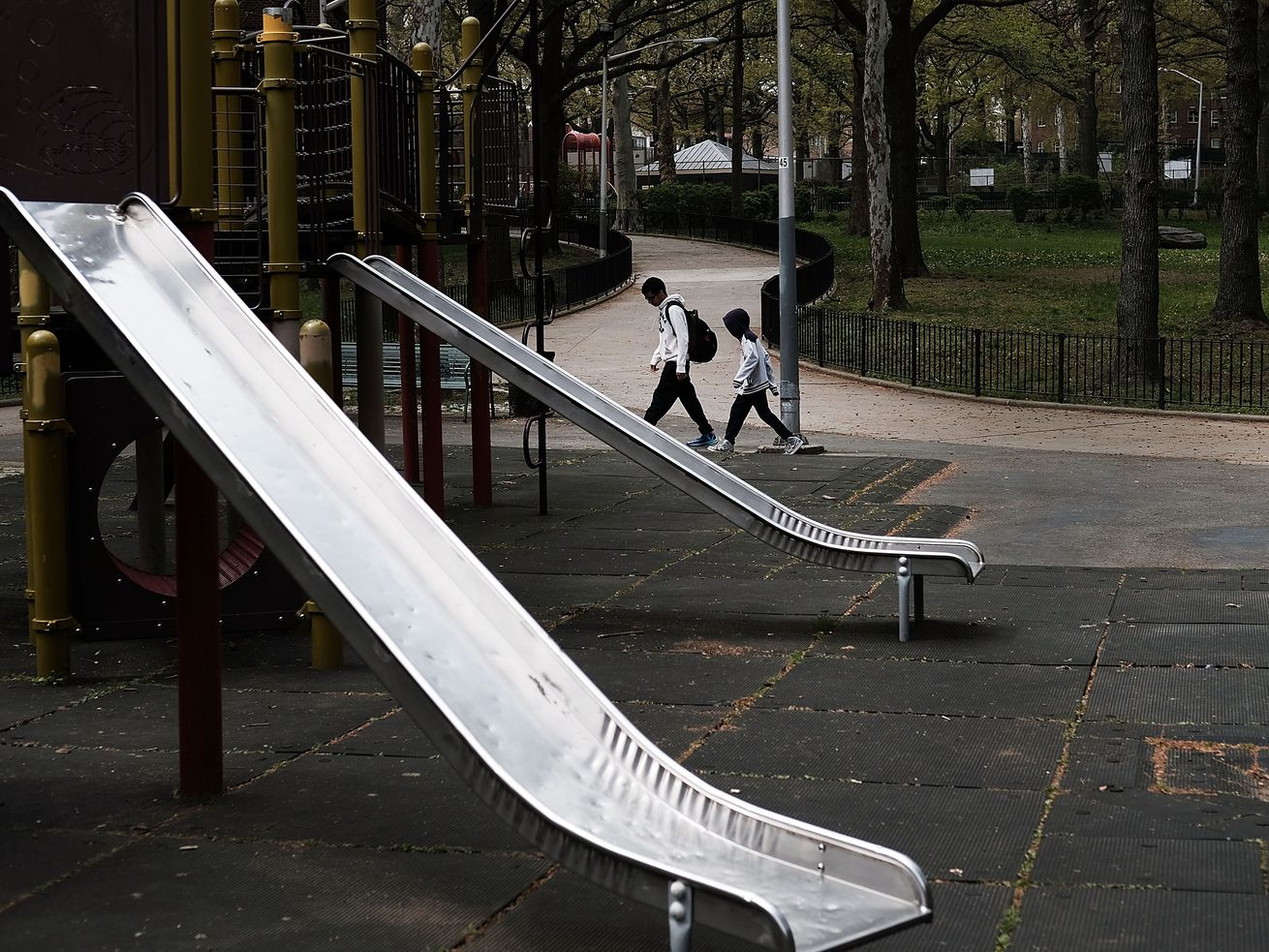 Good morning, and welcome to New York Minute, a new roundup of the New York City news you need to know about today. Send stories you think should be included to tips@curbed.com.

Nearly two dozen dilapidated NYCHA playgrounds are slated for an overhaul with no clear timeline in sight, The City reports. Public housing officials did not disclose a completion target date or an estimated price tag for any of the revamps—even in the case of one park where the City Council allocated funding five years ago.

In the meantime, families are starved for play space in their own backyards. They’re left to “make do,” as one tenant at Coney Island’s O’Dwyer Gardens complex put it, with crumbling concrete, damaged rubber mats, and broken drinking fountains. Of the deteriorating playgrounds, according to The City, 13 are in Brooklyn, six are in the Bronx, and three are in Manhattan; four were added to NYCHA’s replacement list in 2014.

The revelation follows NYCHA’s broken vow to inspect each of its 710 playgrounds within 90 days after a scathing audit by Comptroller Scott Stringer discovered many were in poor condition. NYCHA playground inspections are not required by law, though the authority has had what appears to be a largely overlooked internal review system in place for years.

December 2, 2018 admin Comments Off on 5 Under-the-Radar Perks of the IKEA Family Card

Coney Island businesses fight for the ‘soul’ of boardwalk

November 25, 2019 admin Comments Off on Coney Island businesses fight for the ‘soul’ of boardwalk